Cover It Up Creations Jewelry - Covering You In Style 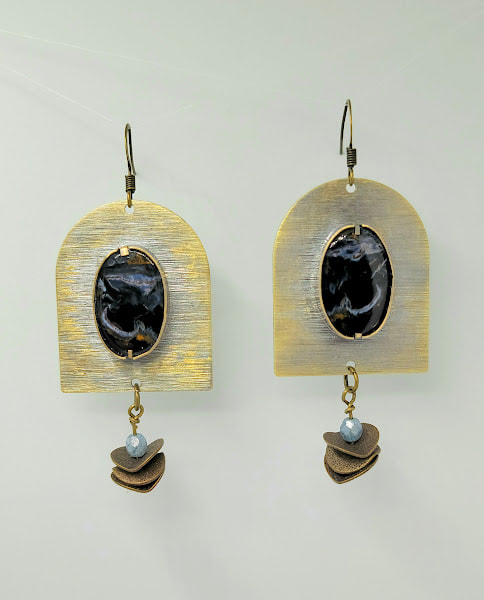 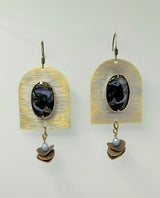 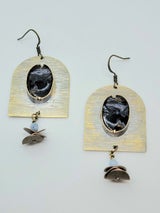 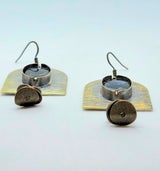 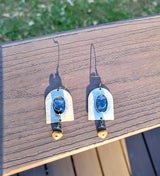 According to Firestone Gems: "A member of the quartz family of gemstones, pietersite is a pseudomorph of quartz. A pseudomorph is one mineral that changes into another. Pietersite started as the mineral crocidolite--one of several minerals such as tigereye--which belong to the riebeckite family of amphibole silicates. Over time, quartz gradually replaced the crocidolite fibers. As quartz replaced the crocidolite, it took on the shape of the fibrous mineral, which is what causes the chatoyancy in gemstones of this family. Unlike tigereye, the surface of a pietersite looks rather chaotic, with streaks and colors in every direction. Stones and crystals that go through having their materials swirled and reformed are referred to as brecciated.

Namibia is the only place where pietersite can currently be found. In the 1990s, material similar to pietersite was discovered in Hunan Province of China, but the mine was closed a few years after its pietersite had become unavailable. Limited production from Namibia has made pietersite quite difficult to find."